“When we originally developed the Veloce CPQ platform, we designed it to handle the complexities which have plagued the Large Enterprise for quite some time. However, after being in the market with our platform for a couple years, what we realized is that there is a significant portion of the SMB market that also struggles with their CPQ solution,” said Veloce’s CEO, Shaowei Mao.

Veloce’s out-of-the-box functionality is extremely rich. With all of that functionality at its disposal, Veloce can very quickly configure the system and deliver a robust end-to-end solution for the SMB. The result for the customer is a very rapid implementation and quick time to value. This is a huge win for the SMB, many of whom have previously been left with a CPQ solution that either has significant capability gaps, or an enormous price tag.

“We believe that Veloce is the only CPQ platform that has the power and flexibility to meet the needs of the large enterprise, and the agility to support small businesses and their proportionately smaller budgets.” said Veloce’s VP of Sales, Joe Parlett.

Veloce now offers a Quick Start package which allows companies to get up and running in a matter of weeks. With Veloce’s rich capabilities, companies no longer need to descope the critical requirements which previously had to be left on the shelf.

Nucleus Research, a provider of technology research and advisory services, has published its annual assessment of market leading CPQ solutions. In the annual report, Nucleus measured the CPQ market based on how vendors deliver value to customers through the usability and functionality of their solutions.

This was the first year that Veloce was included in the annual study and has been identified by Nucleus as an “Expert” in CPQ. Veloce is proud to have been positioned furthest to the right on the “Functionality” axis of the Value Matrix. To download the report CPQ TECHNOLOGY VALUE MATRIX 2022, click here.

View the release on EINPresswire

More from the Veloce Newsroom 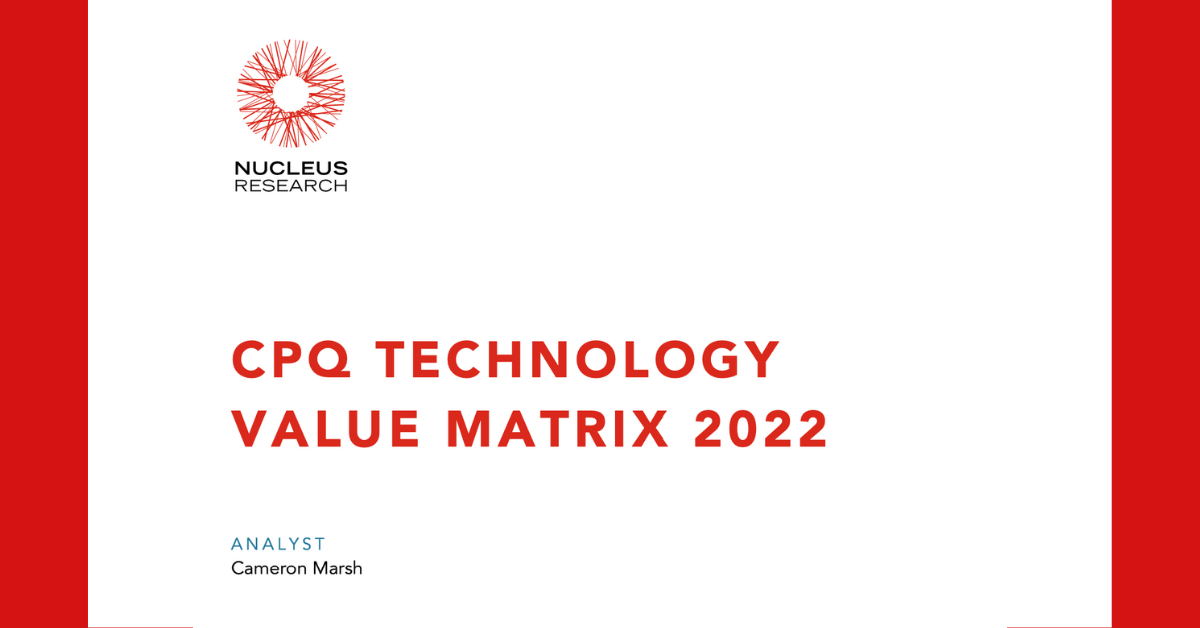 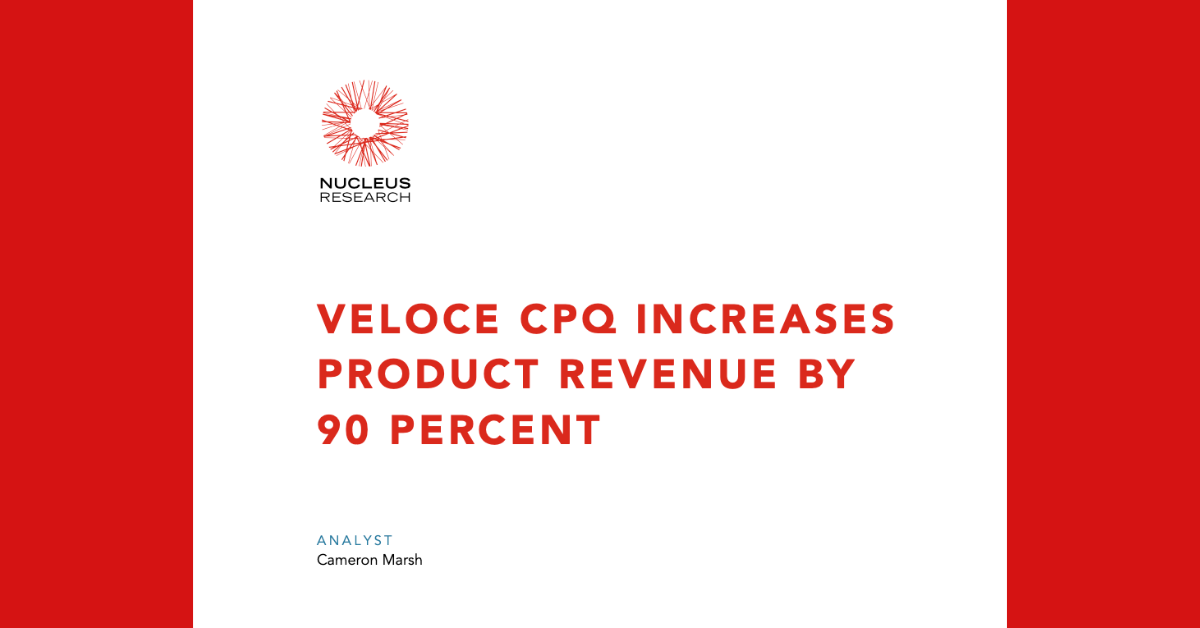